I just finished Genesis, the first book of the Bible and would like to record some of my thoughts and views on the reading here so I can look back on them in the future.

Although I began with Genesis, I don't plan to read the Bible in order, but will skip around between the Old and New Testament in my attempt to read all of the Bible this year. I've probably tried to read the first five chapters of Genesis at least 10 times in my life, so I will definitely admit that they were hard to get through for me, but once I got about halfway through the book the reading became very enjoyable for me. I'm going to break the reading up into sections and go through each of those now.

Genesis 1 Interpretation: the Creation is Full of Holes

As far as anyone knows, Genesis was compiled by Moses. Genesis is very strangely written, though, because the first few books are written in a very abstract and obscure way in the beginning. One thing you have to keep in mind while reading Genesis 1 is that a lot is being left unsaid. Instead of believing that the Creation account is "full of holes" and could never have realistically taken place, you might consider the idea that there very well may be large gaps of time existing between verses. If you look at Genesis 1 as a very quick overview of a large span of time you don't have to see the Creation as being inconsistent with current archeological findings. If you consider the idea that a lot is being left out and that events might have transpired before Genesis 1, you don't necessarily have to believe that human beings were alive on the planet at the same time as the dinosaurs (whose creation, by the way, is not mentioned in Genesis. Believing that humans lived alongside dinosaurs directly conflicts with scientific discovery, and I personally don't think you have to throw out all science in order to believe that events in the Bible actually occurred. I don't want to get started on a long diatribe about this, but for me my faith is strong mostly because I feel that believing in God is something entirely different than science, but not exactly contrary to it. That's a big difference. All of this is obviously just my opinion, though--I might be wrong. 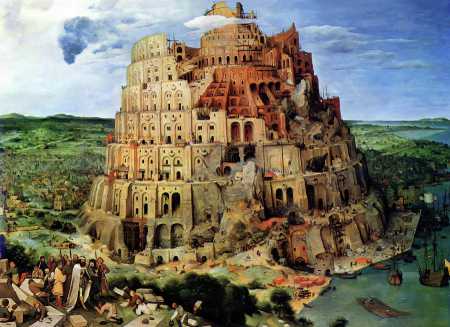 There is a recurring theme in the book of Genesis of a younger brother "ruling over" his firstborn brother, even though many would imagine that age alone would set the firstborn son apart. The first instance of this is in Genesis 4 with Cain and Abel. God does not respect firstborn son Cain's offering, but respects Abel's (3:5). This also occurs later with Ishmael and Isaac, Joseph and his 11 brothers, and Manasseh and Ephraim, Joseph's twin sons. This idea of the younger ruling the older also appears with female siblings, most notably with Leah and Rachel vying for Jacob's affections (29:16-18). Cain and Abel also mark the beginning of two distinct geneologies: the "holy line," you could call it, which is comprised of families of people who live God's way and do what is right, and another line of people who either outright defy God or don't take His commands that seriously.

In Genesis 18, God shows his favor towards Abraham by appearing to him in the form of three travelers. During their meeting, Abraham intercedes for Sodom, asking God if He would destroy the city if even 10 righteous people live there. Personally, this is one of my favorite accounts in the Bible and especially in Genesis, as God's dealings with Sodom are both strict and merciful at the same time. I've read some atheistic texts that criticize Christianity for being too lax and "feminine" and others that criticize the God of the Old Testament for being too harsh, so to me Genesis 18 seems to be a perfect example of God's levelheadedness. Whereas God decided to destroy the earth in Noah's time, by Genesis 18 He deals with human depravity in a less all-encompassing way.

Though most people see Lot as being favored by God and thus an esteemed character in Genesis, to me it seems like the book is distinctly setting up a comparison between Lot and the more stable character of Abraham in these chapters. At the beginning of Genesis 19, only two angels arrive in Sodom to meet/rescue Lot, showing that God did not appear to Lot as he did to Abraham. I point this out mainly because I've heard people use Lot's actions in Genesis 19:8 to basically write off the Bible as a whole, but there's no indication that God approves of Lot's idea to abandon his daughters outside to be raped by the men of Sodom, and the angels don't allow him to do that. There is also indication in 19:16 that Lot is sort of dragging his feet about leaving Sodom, suggesting that he doesn't really want to leave. In fact, the angels actually take him by the hand and lead his family out of the city before it's destroyed, something that would never have had to happen with Abraham. While Lot escapes, his wife looks back to Sodom and famously is turned into a pillar of salt, most likely because her hesitation to leave the city probably indicates that she was not entirely opposed to some of the questionable things that went on in the city and didn't really want to leave. The deceitful and incestuous beginnings of Lot's line as described in 19:30-38 are similar to the whole Noah/Ham incident in Genesis 9 and again suggest the beginning of a cursed bloodline, this time of Moab. Later in the Bible in the book of Ruth we see the Moabites despised and looked down upon by Israel.

Throughout these chapters of Genesis Abraham is continually shown following God's commands immediately and exactly and building altars to worship God wherever he travels. This becomes most evident in Genesis 22 when God commands Abraham to sacrifice Isaac in Moriah. Rereading this infamous story and considering how unwavering Abraham's faith is made me see this story in a new light. As you read about Abraham's life, you are struck by how simple and pure his faith is, and how he commits to the will of God without questioning, which is quite rare. This story is almost included just to show that God asked Abraham to do the most incomprehensible thing and Abraham agreed. Instead of focusing on the murder which never took place, I feel like people should think about Abraham's faith instead. I think it is very important to remember that Genesis 22 took place before the 10 Commandments were given to Moses on Mount Sinai later on in Exodus. Once God commanded, "Thou shalt not kill," everything changed from that point on. If God had already established his law before Genesis 22, Abraham would probably have grown doubtful about God, wondering why God was asking him to break one of the commandments He already gave to him. God doesn't give us laws to follow and then individually tell us to do the opposite. If He did, He wouldn't be the same.

I want to make a point about the repetitions found in the book of Genesis. There are too many to remember all of them here, but the similarities between the lives of Abraham, Isaac, and Jacob stand out most to me. First, Abraham and Isaac both are afraid that they will be killed because of their beautiful wives Sarah and Rebekah, so they both lie to Abimelech and pretend that their wives are their sisters instead. Second, both Isaac and Jacob both meet their wives beside a well. There may be even more incidents that I've overlooked, but these repetitions knit their lives together in a simply sophisticated way. The other repetition that runs throughout Genesis is that none of the holy men remembered in the book are 100% perfect: Noah gets drunk, Abraham and Isaac both lie to Abimelech, and Jacob deceives Esau out of his birthright. Coming up with a specific instance in which Joseph behaves in a morally questionable way is a little harder, but from reading the first part of Genesis 37 (which I love!) he definitely seems a little arrogant...

Joseph and his Brothers

For me, the account of Joseph and his brothers was definitely the most enjoyable part of the book of Genesis to read, and also plays a significant role in the meaning of Starry Night, one of my favorite paintings. The writing style loosens up a lot in the last chapters and to me the whole scenario is borderline comical. I find Joseph's story personally very inspirational, as no matter how bad his situation becomes he continues to work hard and sooner or later is recognized for his efforts. One of my favorite individual verses in Genesis is 45:5 when Joseph is explaining to his brothers that he thinks that all of his trials happened for a reason: "But now, do not therefore be grieved or angry with yourself because you sold me here; for God sent me before you to preserve life." Joseph has the ability to look back and not only forgive his brothers for selling him into slavery, but also is glad that it happened so that he would be able to protect the people of the land from starving during the famine. As Joseph repeats again at the end of Genesis in 50:20, "You meant evil against me, but God meant it for good." Remarkable! For these words alone, Joseph is one of my favorite Biblical heroes. Maybe it's just me, but I wish we all could similarly work diligently through trials, looking forward to the day when we can look back and be glad. Though this is only the end of Genesis, this theme is one of the most important in the Bible. More to come. 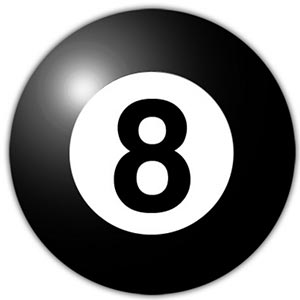 Is Sufjan Stevens gay? Married? Christian? You wonder about a hot, sensitive young singer songwriter who wears angel wings at live shows and who doesnâ€™t seem to have a girlfriend.

The Presence of Absence & the Absence of Presence: War & The Holocaust

What is the meaning of the presence of absence and the absence of presence? Philosopher Jacques Derrida's metaphysical concept is by definition inconceivable and difficult to trace. We can find meaning in the incomprehensible through our own lens of personal experience.

An analysis of The Seventh Seal reveals the meaning of art history in the film, with Ingmar Bergman using multiple symbols of death in art popular during the Black Death.

There's probably a lot of people out there who can't stand most religious music made by "Christian" music artists. Why is it so hard to find not just good songs about faith, but also songs about doubt?

Vincent Van Gogh's Starry Night is one of the most famous pieces of art today. But what is the true meaning of Van Gogh's masterpiece?

What is the meaning of art?

Why did Jon Snow die? Find out why your favorite Game of Thrones characters died in the Hall of Faces.

What did the end of the AMC TV series Mad Men mean? Why does Don Draper smile? Who made the Coke ad? What is the true meaning of the Mad Men Season 7 finale ending?